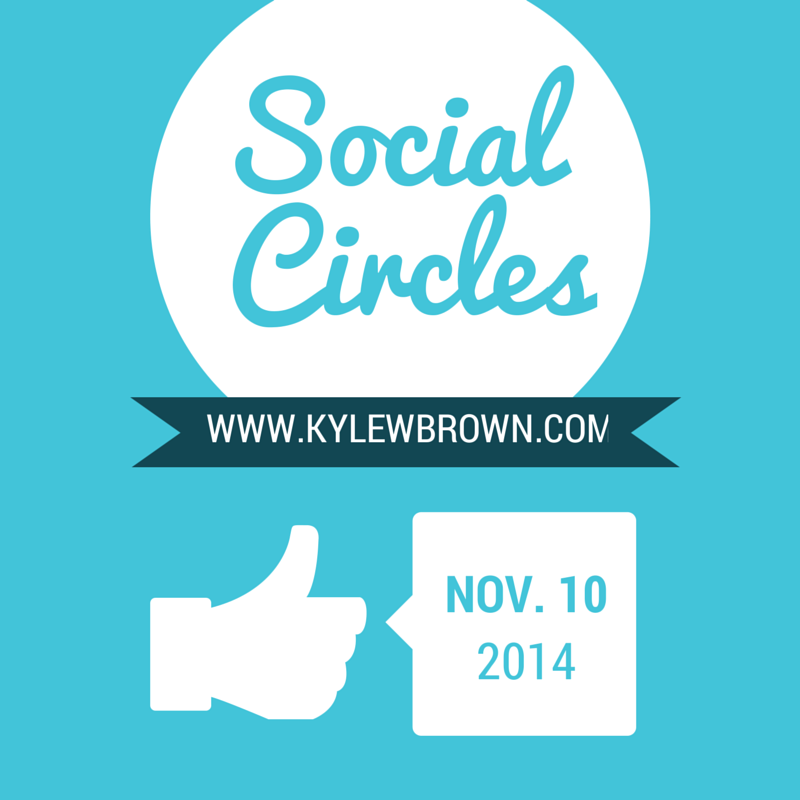 Each week, Social Circles brings you the biggest news from behind the social networks. Keep up to date with the latest trends, breaking news, and expert analysis from across the web.

Nearly 35,000 global government requests for user data were made to Facebook in the first six months of this year, an increase of 24% over the previous six-month period. Almost half of those requests came from the U.S., with India and Germany rounding out the top three. In Canada, 263 requests were made. In addition, request to take down content also increased by 19%. [Via Forbes]

4. Pinning Your Way to Purchases

Olapic has launched an exciting new feature for brands and stores this week, making it easy to take photos shared around the web and turn them into store portals on Pinterest. Basically, the new feature will see Olapic – a platform specifically targeted towards brands, which aggregates user-generated photos of a brand’s products from Instagram, Facebook, Twitter, Vine & Tumblr – acquire permission to use the photos, and then turn it into a link that will take Pinterest users back to that company’s online store. Basically, brands can now find user-generated content, share it on Pinterest, and have it link potential consumers directly to that product in the store. The idea is to cash in on more authentic photos of consumers using the products (much like the value consumers now place in sites like Yelp, Amazon, etc.) rather than content produced in an ad studio. “Consumers today live in an omni-channel world in which they value authenticity over stylized stock imagery, and seek new ways to engage with brands across social channels,” said Pau Sabria, chief executive and co-Founder of Olapic, in a statement. While this may not make much difference in how people use the tools, it’s a huge leap forward for brands. [Via TechCrunch]

An example of an Olapic-led Pin for Brooks.

Keeping on the topic of consumer engagement with brands, a new report from Simply Measured details just how important it is for brands to be active on Instagram, and to use it as a primary advertising medium. According to the study, engagement on branded content has doubled since the third quarter of 2013, and increased by more than twelve times since the third quarter of 2012. For the top 100 global brands, engagement rose by 416% over the past two years. [Via Social Times]

Over the years, LinkedIn has moved from its roots as “Facebook for jobs” to the online leader in professional networking, and is pretty well a necessity for job candidates. Former colleagues can endorse you for skills you’ve demonstrated, you can post a digital version of your resume, and link to your published works. In a click, people can see where you work, your education history and credentials, and reference letters. However, as LinkedIn differentiates its users based on free or paid (premium) accounts, so too does what others can see. A recent class-action lawsuit alleges that “Reference Search,” a feature only available to premium members, may seriously harm a candidate’s opportunity to secure specific jobs. Basically, Reference Search provides prospective employers access to a list of people you worked with, and allows them to message those people. Basically, the plaintiffs say, employers can contact references you didn’t provide without your knowledge, and make decisions based on those messages. Happen to have not got along with the person two offices down? Better hope they don’t appear on the Reference Search, or it could bite you. The lawsuit argues that this practice violates the U.S.’ “Fair Credit Reporting Act,” but the company has said they will fight the lawsuit, and say the claims are not merited. [Via New York Times]

If you’re a Facebook user, did you happen to notice a new message sprawled across the top of your news feed? As the death toll from Ebola nears 5,000, Facebook has added a button that asks users to consider donating money to support efforts to fight the virus. The messages are tailored to include your name, and run different messages, with the theme of saving lives and stopping the outbreak. The button allows users to either “Learn More” or takes them directly to a page where they can donate to the International Medical Corps, the Red Cross, or Save the Children. In addition, Facebook is working with UNICEF to insert messages about detection, prevention and treatment into the news feeds of users in the affected regions. [Via Mashable]

Feel like something is missing? Have an opinion on LinkedIn’s Reference Search? Please leave your comment below.