“Too Many Cooks” Reminds Us That Virality Is An Unpredictable Monster

No joke, this should be in the Oscar running for best short. “@JayWadeEdwards: This is amazing. Too Many Cooks: http://t.co/zeR5KrHLzE

The video’s been featured on CNN and Entertainment Tonight alike, and in the pages of the Los Angeles Times and The Atlantic. Trying to decipher meanings and understanding various plot elements have caused pop culture debates not seen since True Detective, and has maybe even reached the level of importance from the days of Lost.

Jack, Kate and Locke have got nothing on Smarf.

There have been analysis and think pieces from the New Yorker, Salon, and the National Post. For anyone who’s seen the video, the theme song has probably reached earworm status, which actor Simon Pegg seems to understand well.

Of course, all of this reminds us that predicting the next viral hit is nearly impossible to do. Weirdness seems to go a long way, as evidenced by the viral hits like Gangnam Style and the Harlem Shake. Of course, both of those have an interactive angle that allow viewers to remake the video and upload it for their own channels, like those here:

Prank videos and Monte Python-style comedy videos also tend to race up in views, like the ones Jimmy Kimmel is now famous for producing.

Yet, Too Many Cooks remains a different beast altogether. By viral video standards, it’s long at eleven minutes, like a screening of Titanic at a short films festival. It’s complex, with a basketful of Easter eggs that requires multiple watches to collect them all. It’s also not a “web” video, or at least it wasn’t at first. This was a short made for television, filmed over 72 hours in October 2013 with a cast of over 50 actors, written by Casper Kelly, who’d previously written for shows like Squidbillies, Aqua Teen Hunger Force, and CatDog. 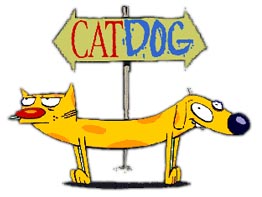 Casper Kelly, who created Too Many Cooks, previously wrote for Cartoon Network shows like CatDog.

Even the idea fails to lure in everyone. Kelly, in an interview with Vice, describes how hard it is to not stray over the line of making the joke too repetitive, too monotonous, to the point that any humour involved becomes meaningless (I’m looking at you Family Guy):

You know, it’s like that whole gag of when David Letterman repeats something and its funny, and then it’s annoying, and then it’s funny again, it’s a hard to figure out that line. But we worked on it hard, and hopefully it works.

The unpredictable, slasher-flick segment midway through (if you’ve read this far without watching the video, you were asking to be spoiled) is gorey and also takes the joke into a totally different, much darker direction, again risking isolating some viewers.

Yet, throughout it all, Too Many Cooks remains one of the funnier videos of the year. It seems more like something you’d find in an SNL Digital Short rather than buried as a 4:00 a.m. “infomercial.” And maybe that’s why we love it, it’s a classic underdog story.*

Smarf from Too Many Cooks

*Full disclosure: I, like I’m sure many of the authors I’ve linked to here, just wanted an excuse to write about the video and share it gleefully with anyone who hasn’t had the pleasure yet. In all seriousness, viral videos are unpredictable and always will be. Next time your C.M.O. asks for ideas on how to make your recent winter tire ad go viral, show her/him Too Many Cooks.