With a fresh school year kicking off across the country this week for close to 2 million students in Canada, the promise of Frosh Week lingers in the air.

The annual tradition that celebrates the first week of university life for freshmen, and the return to school for older students, is often one of the best parties of the year at campuses from coast to coast.

Contentious and controversial, Frosh never fails to garner significant media coverage. Despite recent calls for Frosh Week traditions to “grow up” or for schools to crack down, the tradition will surely live on in dorm rooms, student houses, pubs, and clubs.

With that in mind, York Regional Police have come up with a brilliant and creative campaign to warn students about the potential costs they could face if they party too hard.

The police force tweeted out the expense list earlier today, which covers the obvious like streaking, under-age drinking, and open container violations (cleverly referred to as “Popping bottles in the back of your friend’s Corolla), to the not so obvious, like putting cement mix in the laundry machine, illegal gambling, and, I quote, “forcing a pet to smoke marijuana.”

Educating students on the potential repercussions from not “Partying With Caution”, as the release says, is important. But too often it gets bogged down in an authoritative tone that’s easily glossed over.

Instead, the YRP have done an incredible job delivering this message to students in a more accessible voice. They’ve managed to introduce some humour to the situation (“Dropping excessive bass at 4 a.m.” and “Downing Jager-bombs in public”) while still reminding students to remain safe and responsible.

END_OF_DOCUMENT_TOKEN_TO_BE_REPLACED

If you’ve ever attended, applied to, or even just stepped foot close to a university campus, you’ve probably seen them. Bright, colourful photographs of students showing off their school colours in all sorts of safe locales. Maybe they’re sitting in a campus café, or lounging under a giant maple tree, or chatting at a study table in the library, or just philosophizing on the meaning of life and their place in the world on the steps of the campus’ most iconic building.

These pictures are everywhere. And they’re unrealistic. The photos often feature those representing the student union, showcase clothing that would decimate a student’s budget faster than happy hour, and represent a homogenous school culture that appears to be the exact same no matter what campus you step foot on. Despite these shortcomings, this approach perseveres as the norm.

But could that be changing? 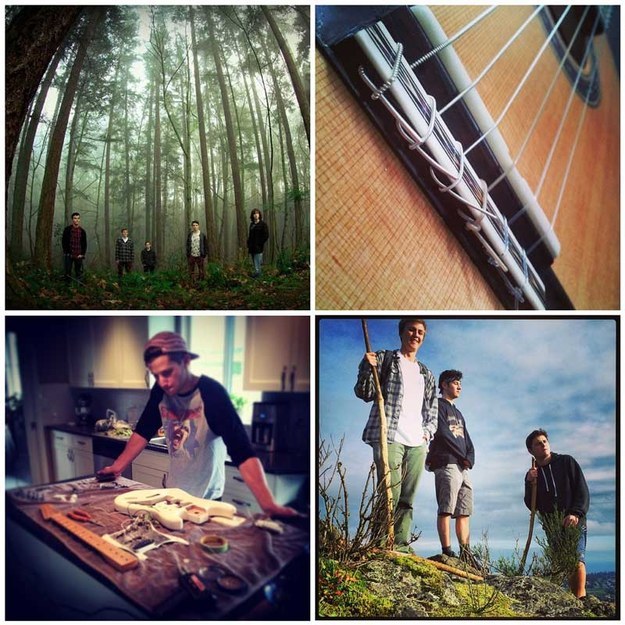 One of the students the University of Victoria featured in their BuzzFeed article, Corey. All photos from @cspeti4 on Instagram.

Enter: the University of Victoria.

While they’re still very much in the experimental phase, UVic has signed up as a “Brand Publisher” on the internet giant BuzzFeed. As one of the web’s most visited sites, which pumps out shareable stories by (what feels like) the minute, the fit might seem odd for a stuffy-old institution like a university to host its stories.

In reality,  it’s a perfect opportunity. They’re putting content out on the places that their students (both current and prospective) spend their time, as evidenced by Alexa’s response that people browsing from school are greatly over-represented on BuzzFeed. Rather than trying to drive traffic to their site, they’re being active in pushing out stories through a medium that students actually want to spend time on.

END_OF_DOCUMENT_TOKEN_TO_BE_REPLACED

It’s exam time! For those students toiling away at our post-secondary institutions, the next few weeks will be spent with noses dug into textbooks, coffee shops crowded with caffeinated co-eds, and a general sense of dread.

In honour of the season, this week’s post looks into which Canadian universities are performing the best on Twitter.

In order to quantify the which universities are getting the most bang for their buck on Twitter, we compiled the most recent enrollment numbers from the Association of Universities and Colleges of Canada, as well as the number of followers per primary Twitter account as of April 2, 2014.

The school with the highest number of followers per capita? One that also ranks high on the National Survey of Student Engagement – Royal Roads University.